These poems share our experiences of being a part of the Rohingya Diaspora. Creating them has helped and inspired us. We would like share them as our personal gift to you. Please read these and know that we Rohingyas are always there for you. 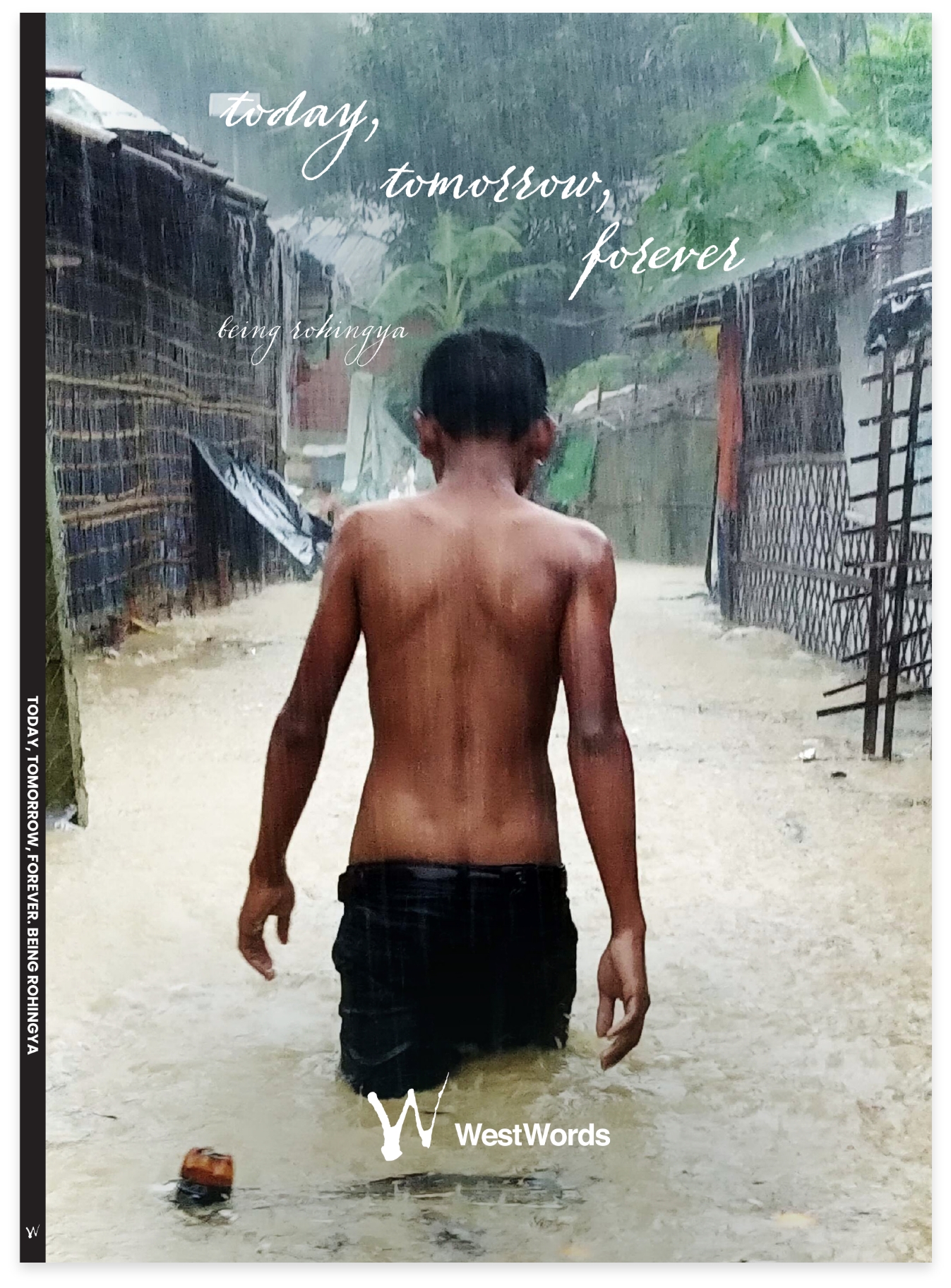 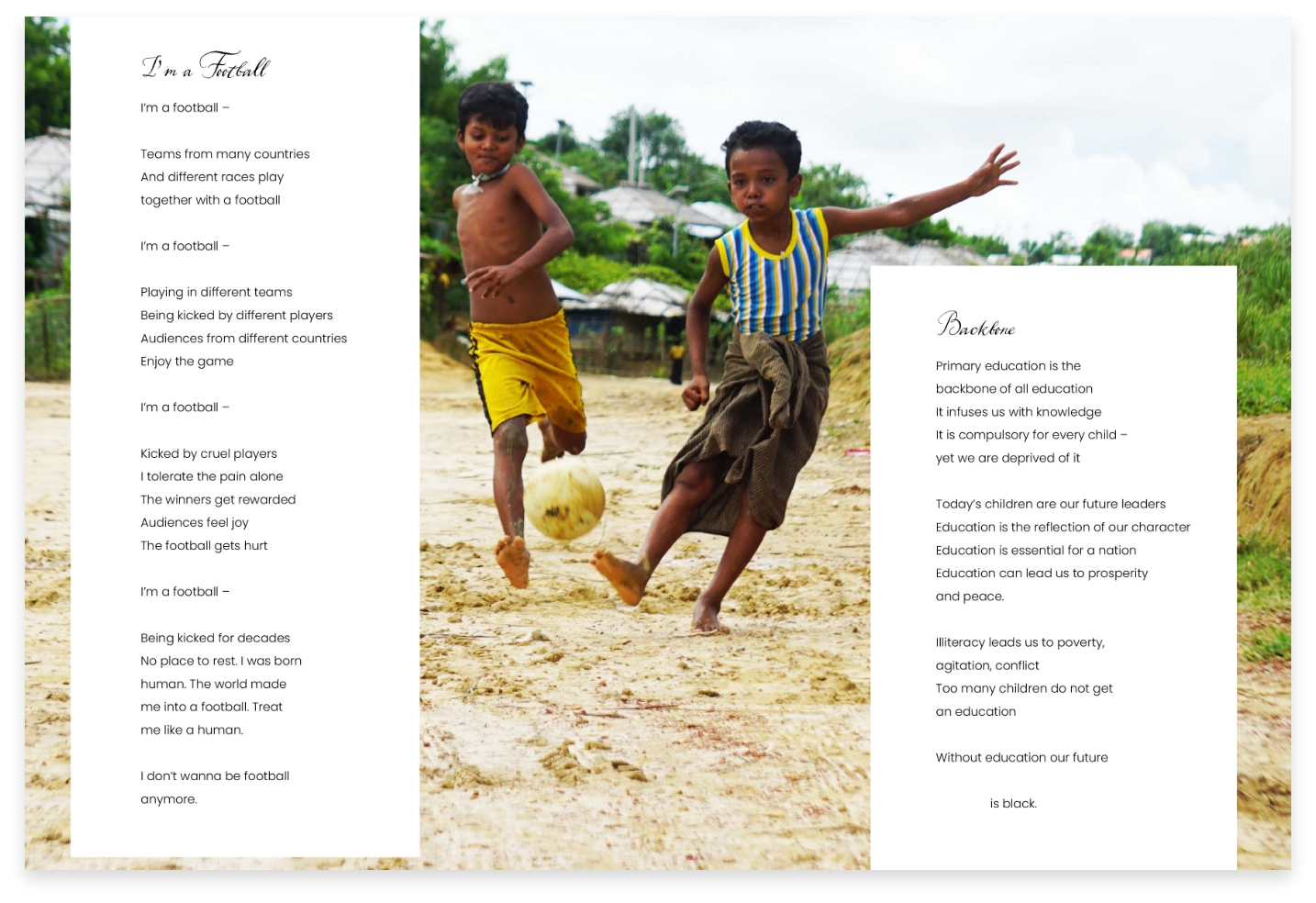 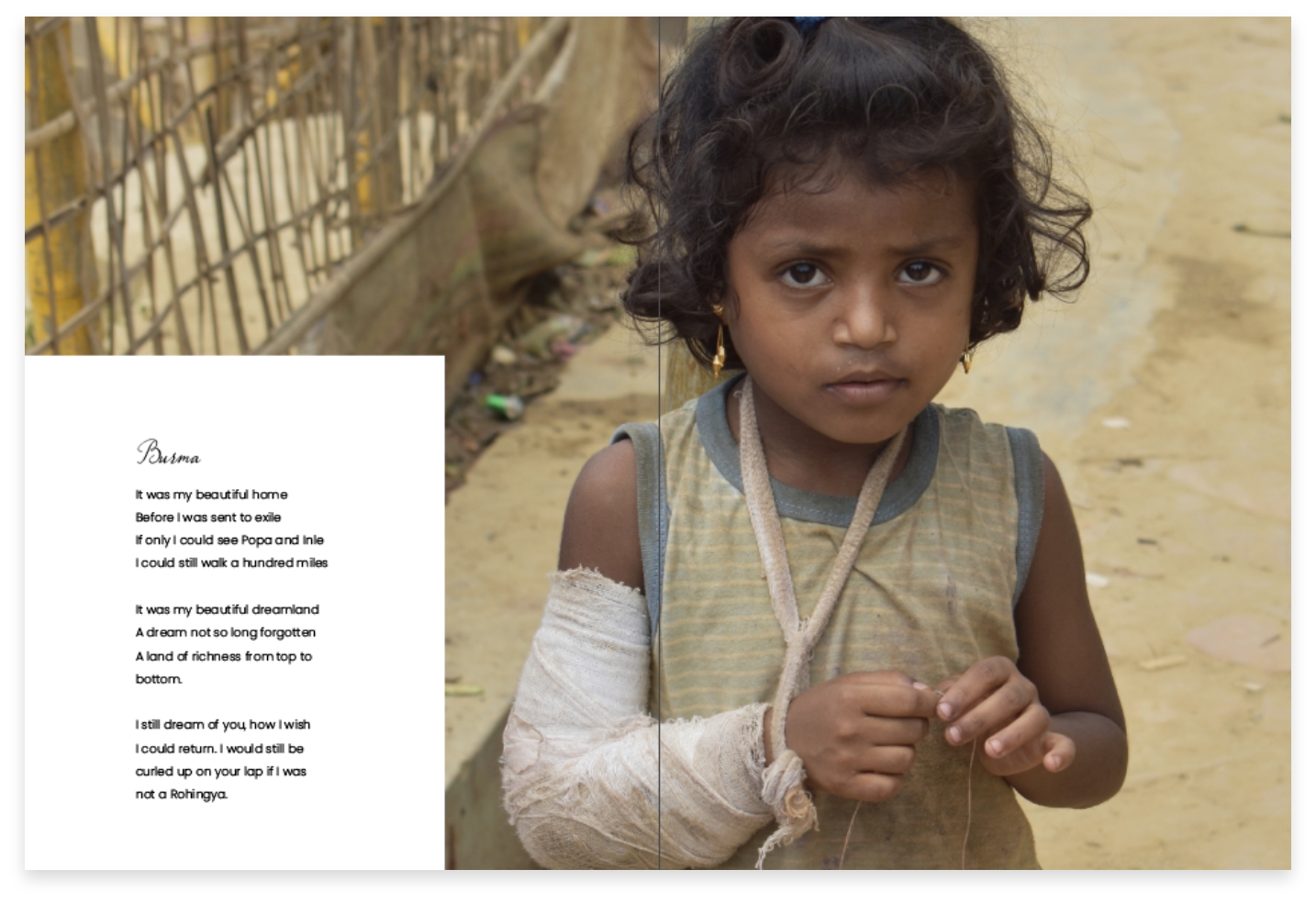 In mid 2021, just prior to Sydney entering its second lockdown I was introduced to Pan Sandar Myint, a young Rohingyan woman living in Canterbury-Bankstown in Sydney’s west. She had been working with three even younger Rohingyan men living in the world’s largest refugee camps in Cox’s Bazaar, Bangladesh to create a poetry collection that captured their experiences of being Rohingya diaspora. I was drawn to assisting these four young writers because within the lines of the poems lies many of the stories and experiences we at WestWords encounter daily. I have long thought that Western Sydney looks first locally, then

internationally back to people’s culture, then nationally – and this has been the story of Australia from the very moment of its colonisation. Today, Tomorrow, Forever brings linkages between local and international together.

The photographs of the refugee camp in the collection are taken by Abdullah and Yasor, two of the poets, taken over the course of two years. The photographs of the flood were taken as we were in the process of finishing the work. On their own they form a photographic essay. In conjunction with the poetry they create a nuanced conversation and a story of tragedy, hope, resilience and the beauty of the human spirit.

These poems, as harrowing as they are beautiful, invite us to open our eyes while opening our hearts. Burning with longing, beauty, tenderness, pain and hope, each poem is a lesson in love, a stitch in the fragile fabric of our humanity and will breathe life and love into everyone who reads them.