I just realised I’ve been the guest blogger for the WestWords Clubhouse for three and a half weeks, and I still haven’t  introduced myself! Forgive me. My name’s Victoria, and I’m a halfling sorcerer who traverses the realm on a flying pirate ship and enjoys turning her enemies to dust.

Yes, I do play Dungeons & Dragons – what tipped you off? 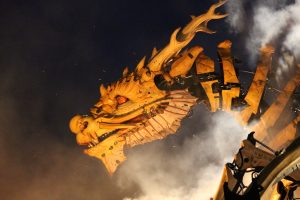 For the uninitiated, D&D is a tabletop role-playing game many writers play. Here’s a hugely oversimplified explanation: you create a character (“I’m a knight named Gregor the Brave!”) and the person running the game (the Dungeon Master) describes a scenario you’ve found yourself in (“Gregor, you approach an enormous castle. The tremendous wooden doors are locked”). You describe your response to the challenge (“I kick down the doors!”) and then roll a twenty-sided dice to see if your solution works. The DM tells you what happens.

It’s hard to describe how much fun this can be. Unlike a video game, the bad guys don’t have artificial intelligence. They have actual intelligence (assuming the DM does). And unlike a regular board game, you’re not limited by just the board, pieces and cards created by the game designer – only by your own imagination. Yes, there are rules (the Player’s Handbook is 311 A4 pages, and the Dungeon Master’s Guide is even longer) but they serve to expand the possibilities rather than limiting them. You can see why the game appeals to writers.

I didn’t come here to turn you all into D&D players (that would be irresponsible, given how addictive the game is). But I do want to talk about the value of unpublished writing.

This morning I wrote a D&D adventure for some friends, and ran it with them. The story was a pretty blatant rip-off of What The Hell Did I Just Read, a horror-comedy novel by David Wong. But my friends hadn’t read the book, so they didn’t see the twists coming. Now, if I published a novel based on WTHDIJR, then Wong would sue the heck out of me, and rightly so. But because I was doing it in the privacy of my own home, and no-one other than my five friends would ever hear it, there was no problem.

When you know your story will never be published, you take more risks – and not just the risk of getting sued. You write things that might turn out incoherent, ugly, even offensive. You create bizarre, experimental, wild, adventurous stories. And this makes you a better writer. It’s only by taking risks and attempting challenges – by rolling the dice and risking failure – that you can improve your skills. Skills you can then take back to your published work.

A recent article in The Monthly had a great quote about 1991: “Today many people seem unsure how to act without a camera in front of them; back then, most would be reduced to awkward reticence in the presence of one.” At the risk of sounding like a very old man, I think we document too much these days. There’s a desire to make sure everything is recorded, uploaded and searchable. But knowing that your work is self-erasing – that it will evaporate as soon as the performance is over – gives you a totally different mindset, and helps you make a completely different kind of art.