It’s not very Australian, but my favourite holiday is Halloween. 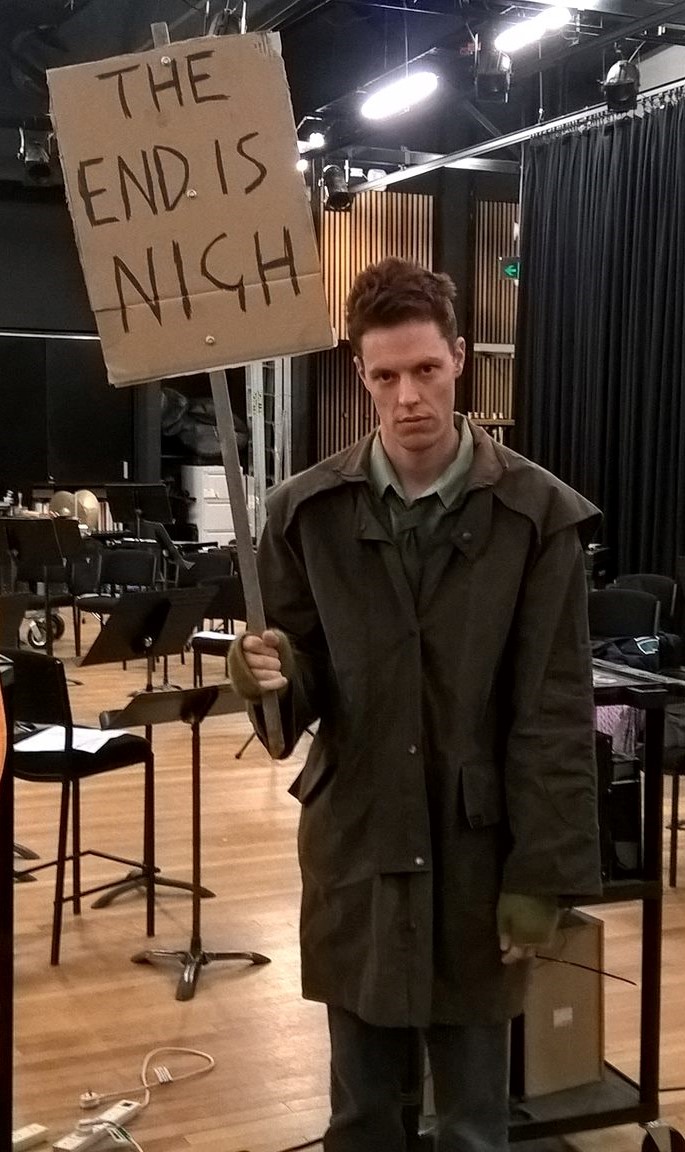 I prefer books over movies, TV shows or video games, so I always try to dress up as a book character. But the reason I love books is because they’re not visual. Unlike those other screen-based mediums, the audience of a book gets to imagine the character for themselves. This is wonderful, but it becomes a challenge every year at Halloween. How do I find a character who will be instantly recognisable, when every single reader has a different idea of what they look like?

Sometimes the book has been adapted for film or TV, which makes things easier, but kind of defeats the purpose. People won’t recognise you as the character from the book, they’ll recognise you as the character from the movie, who may be a completely different person. They might even have a different name. Try explaining to partygoers that you may look like John McClane from Die Hard, but you’re actually Joe Leland from Nothing Lasts Forever.

This is a challenge faced every year by students (and their parents) at my other favourite time of year: Book Week. All across Australia, kids have to think of a recognisable character, make a costume, and then go on parade around their school (alongside all the other kids, all of whom also picked Harry Potter).

Fortunately, there are some real-life superheroes out there called illustrators. They bridge the gap between the author’s text and the reader’s imagination, and make it possible to come up with some cool, non-Harry Potter costumes.

This has been an exciting couple of years for me, since there are now some illustrated Jack Heath books! The devious Max Rambaldi has drawn some characters in hilarious detail. This means that for the first time ever, I can offer practical suggestions for readers who want to dress up as one of my characters.

Do you have a suit jacket, a tie and some board shorts? You could go as Jaxxon Mauriz, from Kid President Totally Rules: 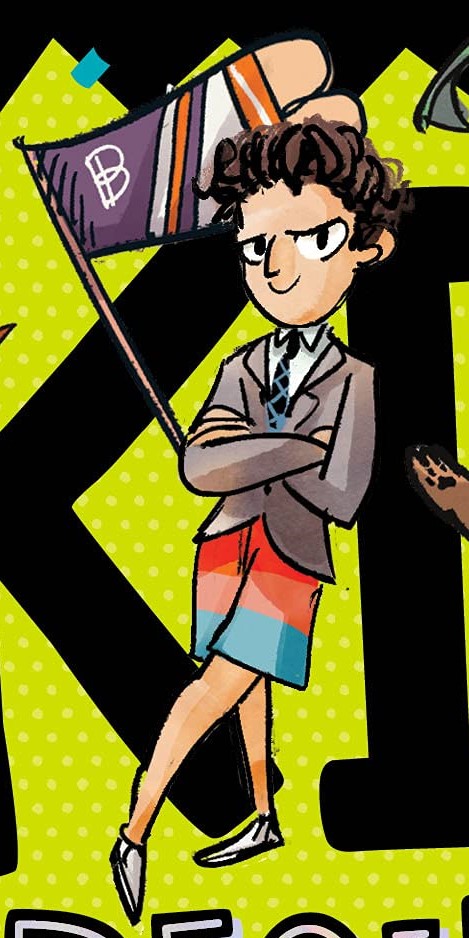 Do you have black gloves, black shoes and a tissue box you could paint to look like some chunky night vision goggles? You could be Maya Puff, from Villain Kid Fully Busted! 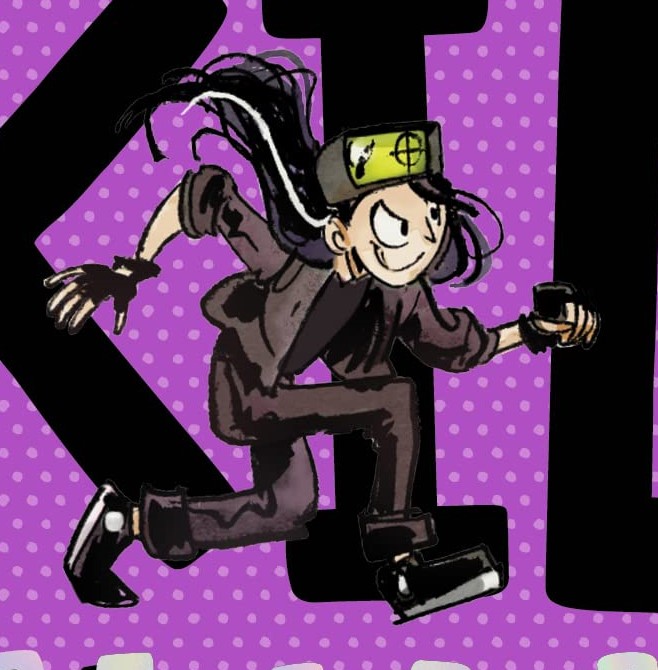 Perhaps you’d rather be one of Maya’s teachers? If you have some lolly teeth, talcum powder for your hair, and face crayons for wrinkles, you could be Mrs Sakrin: 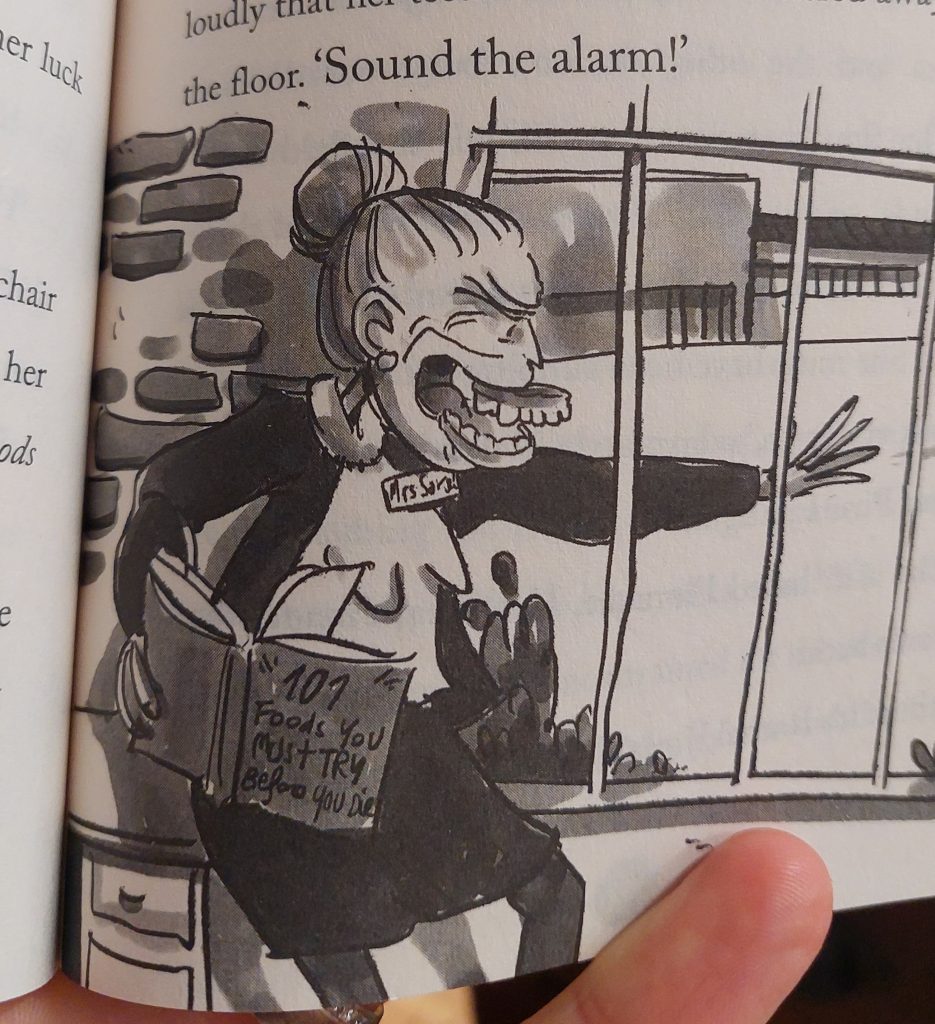 Or a false moustache could turn you into Mr Richards:

And if you’re really up for a challenge, there’s always retired stuntman Joe Dangerfield… 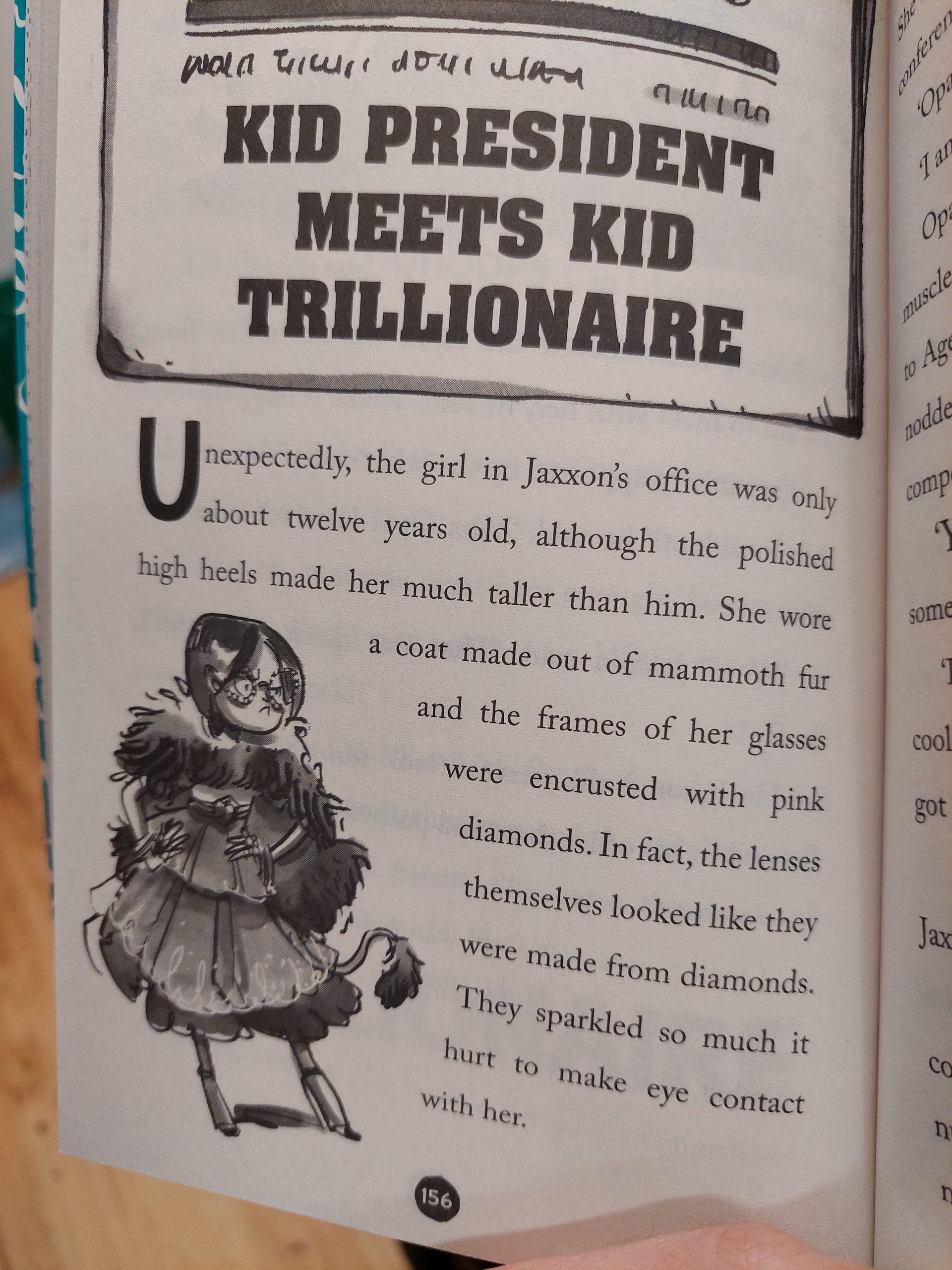 That’s all for now, folks. I’ll be back in two days with my final Clubhouse blog post – thank you so much for having me.